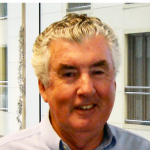 We started marching together here in Brisbane on ANZAC Day 1993 as RTFV-35 SQN. Then after that march we formed an ANZAC Day march committee to attend parade meetings and organise the after march function every year. As the number of marchers increased every year, the "committee" decided to ask our fellow marchers, would they wish to form as association, and on ANZAC Day 1997, RTFV-35 SQUADRON ASSOCIATION was formed. On ANZAC Day 1998, it was agreed by the newly elected committee and fellow members of our Association to change the name to RTFV-35 SQUADRON ASSOCIATION.

No. 35 Squadron was formed at RAAF Base Pearce on 11 March 1942. Initially flying only within Western Australia and later to cover all of Australia and New Guinea from August 1943. It also flew the south west Pacific following the Japanese surrender in August 1945. No. 35 Squadron flew Australian soldier and ex-prisoners home in early 1946. It supported No. 81 wing as part of the British Commonwealth Occupation Force. The Squadron was disbanded at Townsville on 10 June 1946.

In 1964, the Australian Government decided to deploy an Australian transport unit to Vietnam. The first of the rugged RAAF DHC-4A Caribou aircraft. Three of these aircraft (A4-171, -179 and -185) were diverted direct to Vietnam, arriving Vung Tau on 8 August 1964. The first deployment to Vietnam was known as RAAF Transport Flight Vietnam. RTFV -35SQN. used the call-sign "Wallaby' and later became known as "Wallaby Airlines".