A Brief History of 9 SQN Vietnam

A Brief History of 9 SQN Vietnam 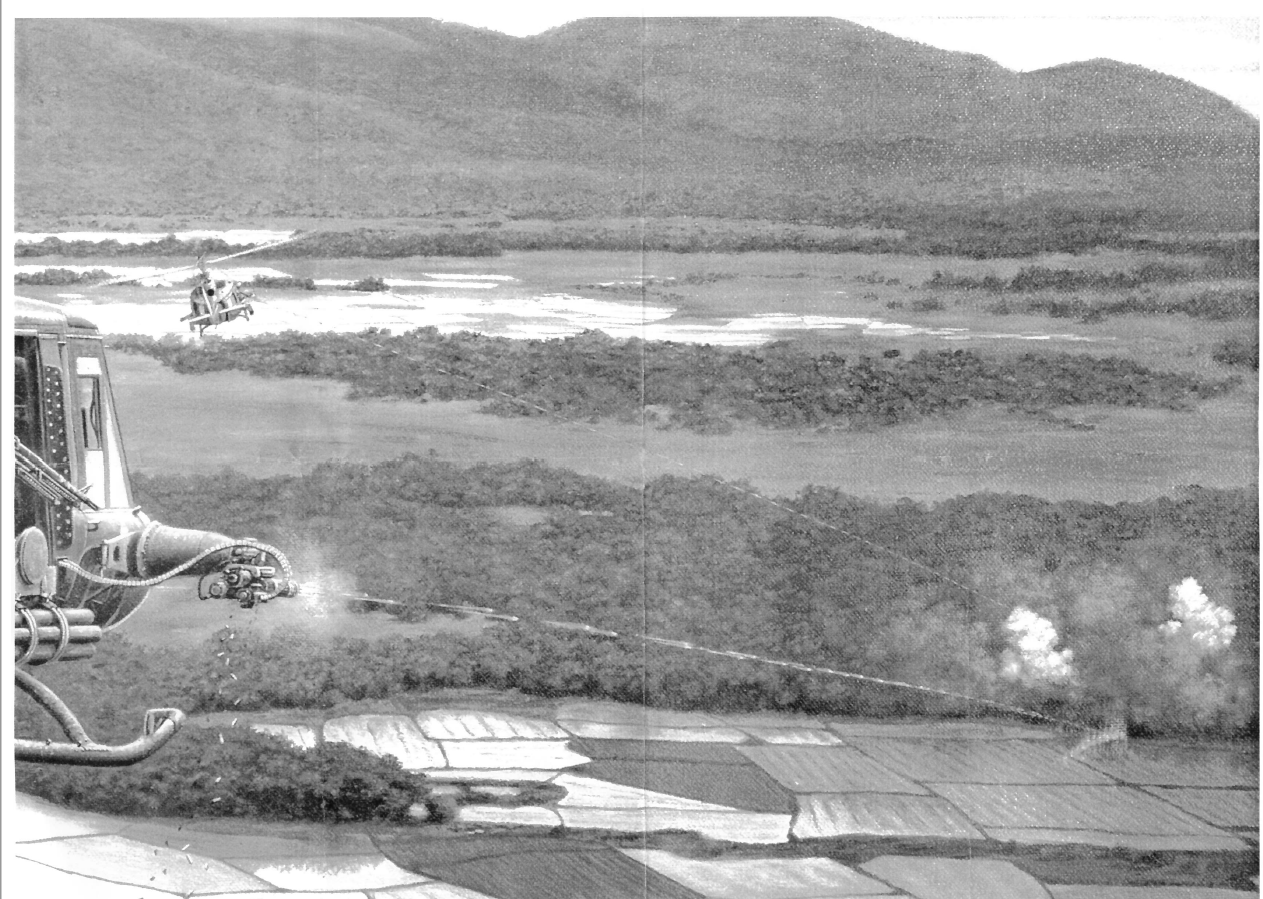 Hello John,
Thank you for sending that report to me.  It makes for interesting reading.  It also records, (rightfully so) that the last 12 to 18 months were probably the most difficult for the squadron and its maintenance.  It was in early October 1971 that the squadron moved out of the “Kanga Pad” and back to Vung Tau for its daily operations.
Yet, it was in late October, when all four Gunships were scrambled to cover an Army Pilatus Porta which had been shot down in the Long Hai Hills.  The scramble started just after lunch, (probably about 1330) and finally stopped about 1800.  In that time four armourers, myself plus three, had been re-arming gunships one at a time, then refilling the hopper bins, while they continually covered the target.  When it stopped, we realized that they had cleaned us out of 7.62mm (1-in4) belted ammunition.  They had fired 107,000 rounds of minigun ammunition in that day – it was a squadron record.

Also, there is a book titled “Shockwave” written by an Australian Army soldier which describes the life and flying of three of 9 Squadron aircrew.  They were FLTLT Norm Goodall (Pilot), CPL Neville Sinkinson (AFFITT – Crewman), and Gary – – –  (ADG – Gunner).  It is an outstanding book, and describes the era of the squadron during the last 18 months of the squadron in Vietnam.  After obtained a copy from our local library, I wrote a review of it and sent it to the library.  I have attached a copy of the review.
Once again, thank you for sending that report.

There have been a myriad of books dealing with the Australian involvement in Vietnam in one way or another – but this book, “Shockwave” is long overdue. The very fact that an infantry soldier is writing about the RAAF’s helicopter support is a huge compliment to those pilots and crews of No 9 Squadron who supported our soldiers in Vietnam.
Peter Haran, who served two tours of Vietnam, the first with 2RAR in 1967-68, and the second with 3RAR in 1971, has written an account of the lives, difficulties, stresses, and some very personal accounts. Peter has followed the lives of one of the pilots, a Crewman and a Gunner, describing their typical days, which also included several other members of the squadron during periods of intense operations. Peter was also able to follow the lives of a few of our soldiers and how they related to the helicopter crews.

The period of time he chose to write about, 1970 – 1971, was probably one of the most difficult for the squadron. No 9 Squadron served with distinction in Vietnam from June 1966 until December 1971, including some brilliant support of our soldiers during the Long Tan operation in 1966, and the Tet Offensive in 1968, and many others, yet the squadron had more aircraft shot down and more lives lost during the last 18 months than any other period in its Vietnam Service.
As a Vietnam Veteran myself, I served with No 9 Squadron right through this period (December 1970 until December 1971), and I knew most of the men he was talking about. The manner in which he described the RAAF Helicopter Gunships, and the manner of their operations, and the way the crews communicated with and cooperated with the soldiers on the ground, Medical evacuations, as well as describing the intensity of the operations by the troops on the ground was raw, personal, accurate, and very descriptive. In my case, each time he began to describe a particular incident or operation, I remembered those men who died on such operations and his description of these brought back some raw memories.

During the intensity of many of these operations, he also paid tribute to the Maintenance men who, through dedicated and long hours of work, managed to provide 15 serviceable aircraft out of a total of 16 aircraft on most days. On some days, when preparing for a big operation, Operations asked for 100% aircraft serviceability, (i.e., all 16 aircraft), then the maintenance crews would work right through the previous night.
This book is mandatory reading for those who wish to know the real level of cooperation which existed between our valiant soldiers and the airmen of No 9 Squadron.