Somewhere on one of the scores of islands and atolls in the Banda Sea 26 survivors of the RAAF Dakota transport plane which disappeared in a typhoon more than a week ago are awaiting rescue. Their radio has not been heard since their cryptic message was picked up at Darwin a week ago, and they may be without food. The plane was carrying 21 Army Medical evacuees, a medical orderly, and a crew of four, all of whom were attached to 35th RAAF Squadron at Townsville. They are:

Among the, medical evacuees, all of whom are suffering from skin com plaints, was LAC L. H. Wilson, of

the RAAF at Labuan, and one naval rating. Evacuees were under the charge of Sgt W. Mullen, of Cess-

nock, NSW, a RAAF medical orderly from Morotai. After seven days, organised search has now been abandoned, but planes passing through the general area have been instructed to keep watch for any signs of survivors in the islands within a 400-mile radius of the Damar group, where it was thought the signal came from. Small craft will probably make a closer inspection, but the survivors’ chief hope is to fall among natives, who can feed them and get a message back to an Australian base.

The plane left Ambon at 2.45am on December 19 on the second hop of a flight from Morotai to the mainland, and is believed to have run into a series of terrific electrical storms, culminating in a typhoon. Its radio tried to contact Darwin at 3.45am, but went off the air before passing the message.

Nothing further was heard until a Darwin Navy signals broadcast was interrupted at 8.40am by the message: “Alive! I am all alive.” Darwin RAAF radio listened in on this frequency, and at 12.45 next day picked up a cryptic signal with the plane’s call sign, CIZ, followed by a continuous note for some seconds, and then silence, which has not since been broken. The bearing on this signal was used as the basis for organising the air search among a small group of islands, but later the search was extended to an area 400 miles square, taking in the large islands near Darwin, part of Timor, and the islands east and north, and a large island west of Ambon, where it was thought the plane may have crashed after turning back to find Ambon. 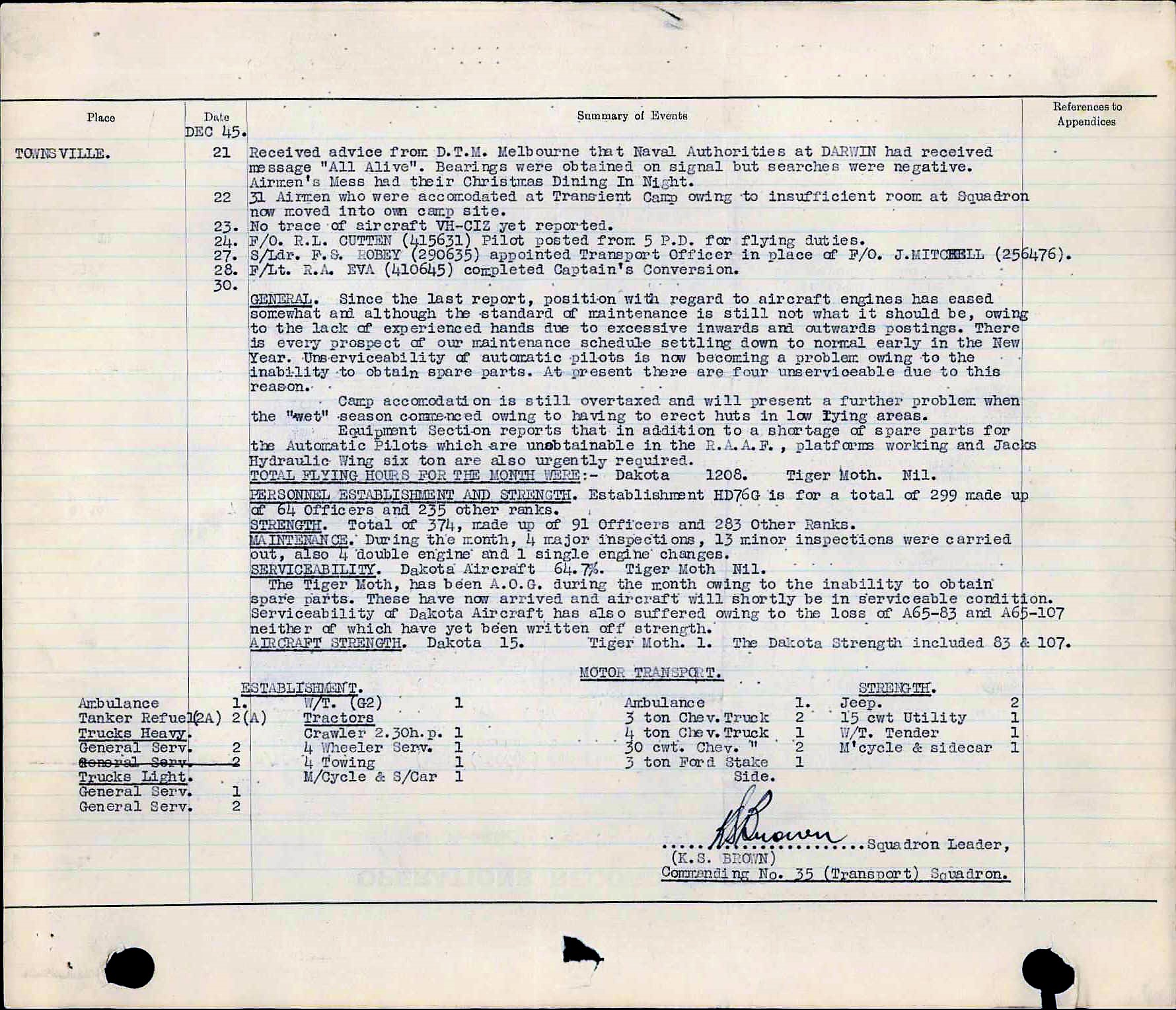